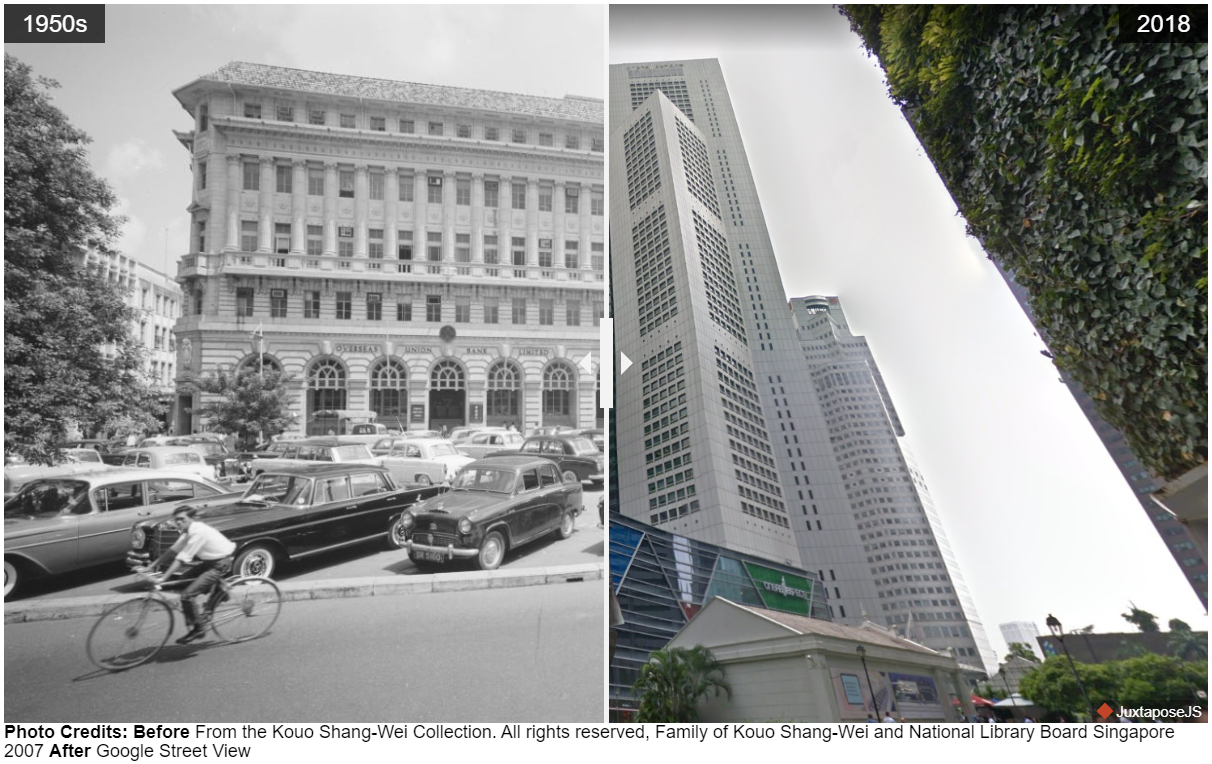 The former sites of Meyer Chambers and Raffles Chambers which used to house the headquarter of Overseas Union Bank (OUB) and Robinsons department store respectively are currently occupied by One Raffles Place Place (formerly OUB Centre). Designed by the award-winning Japanese architect Kenzo Tange and completed in 1987, One Raffles Place has a glass and steel tower made up of two triangular prisms of different heights attached to each other. The tower is etched by a grid pattern of rectangles and window units. It is also clad with a specially treated aluminium alloy that allows it to change colour with the light it reflects. It rises above a retail podium that features a dramatic entrance with an eight-storey-high cutaway. 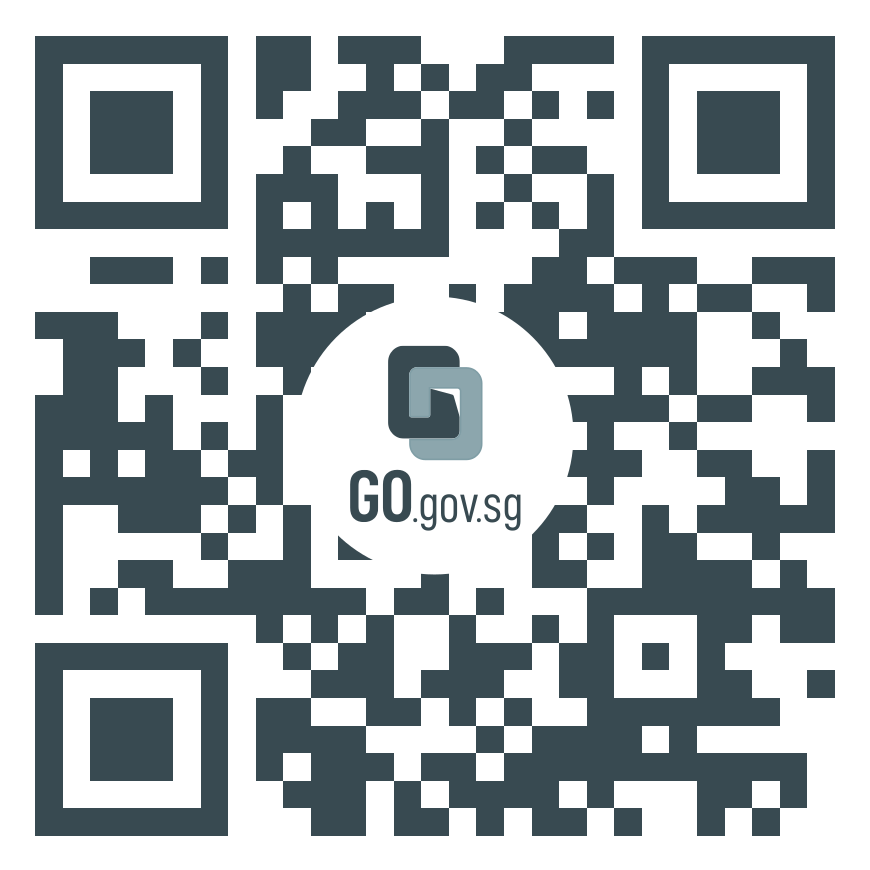