How To Start Hunting

Solutions To Past Hunts

Downtown Singapore is home to several iconic sites that have evolved over the decades. Discover the island’s vibrant and lesser known past through this showcase. Don’t miss seeing these spaces in a different light this new year!

Encore in the City
Psychic Cinema 2065 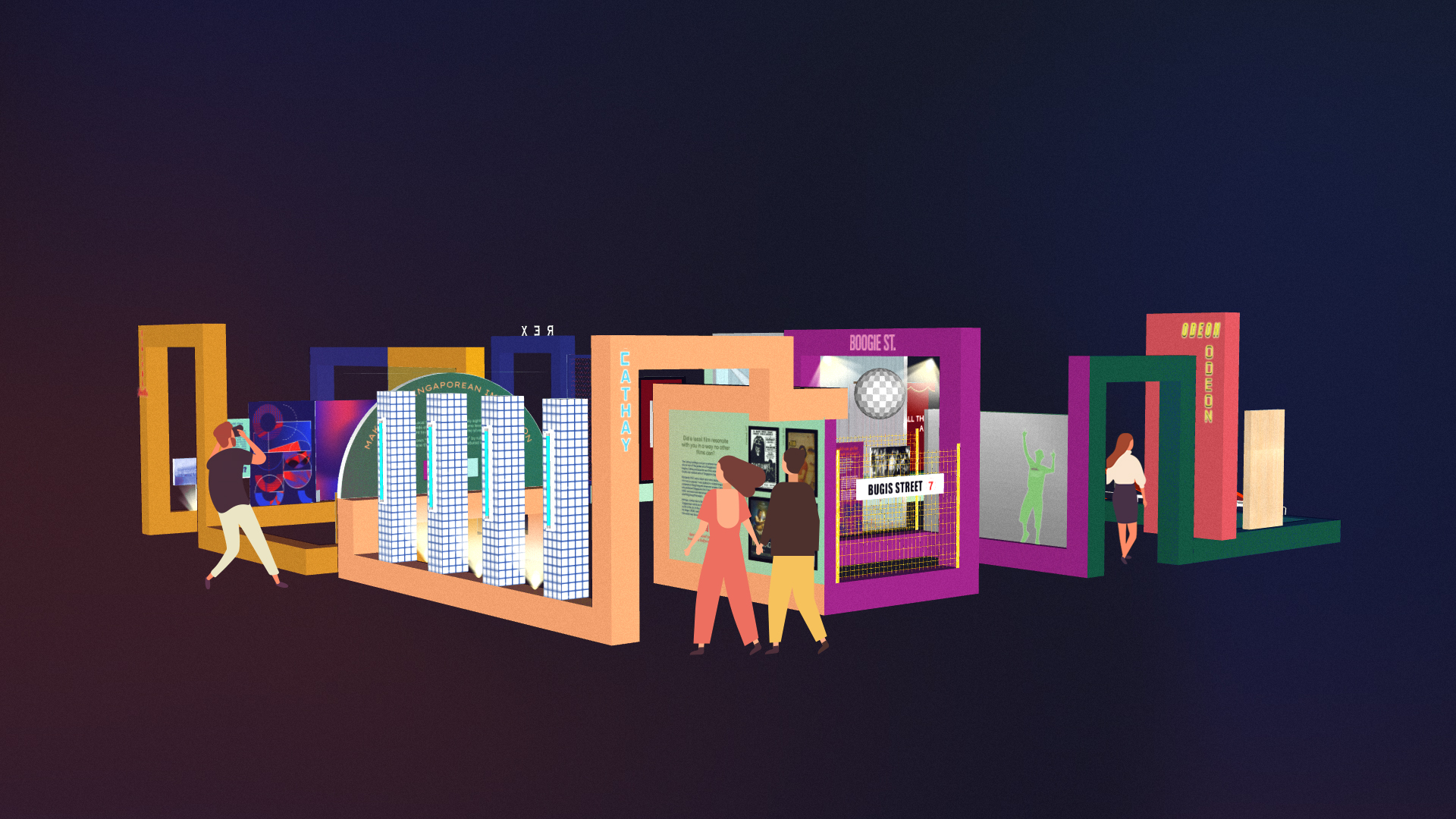 Encore in the City

About the showcase
Entertainment landmarks from our past return for an encore in this interactive installation that will spark new perspectives. Weave your way through colourful nooks and crannies, pockets and portals to uncover six old icons of Singapore’s entertainment scene and see our entertainment culture in a new light today. Designed by experiential studio The Merry Men Works, be surprised by the twists and turns of our nation’s hidden stories and histories in Encore in the City!

About the collective
The Merry Men Works is an experiential studio that designs and builds experiences that evoke a sense of delight.

Behind the work
With The Merry Men Works’ office being located in the Bras Basah Bugis district, we pass by the landmarks in this showcase almost weekly. However, we have only experienced them in their present forms.

Encountering materials in the National Library’s collection such as Bonny Tan’s Living It Up at the Capitol and Lee Meiyu’s Bugis Street: From Sleazy to Sanitised made us see the Bras Basah district in a new light. From a Capitol Theatre where affluent European patrons showed up in hats and coats to a Bugis where people partied until dawn, we saw each landmark through the lens of their past lives.

Inspired by how our entertainment culture connects us across space and time, we wanted this installation to be a singular and seamless structure. Through twists and turns, timeless spaces have been carved out, allowing old entertainment icons return to make a statement on entertainment culture today. Details within each space, such as the Art Deco touches of the Cathay building and Capitol Theatre as well as the signs at Rex Cinema and Odeon Cinema, present the essence of each landmark. These are based on images from the National Library’s PictureSG. Archival images from PictureSG also provide visitors with scenes from the past.

Find out more
Learn more about the history of entertainment spots in Bras Basah through this showcase and this resource guide. 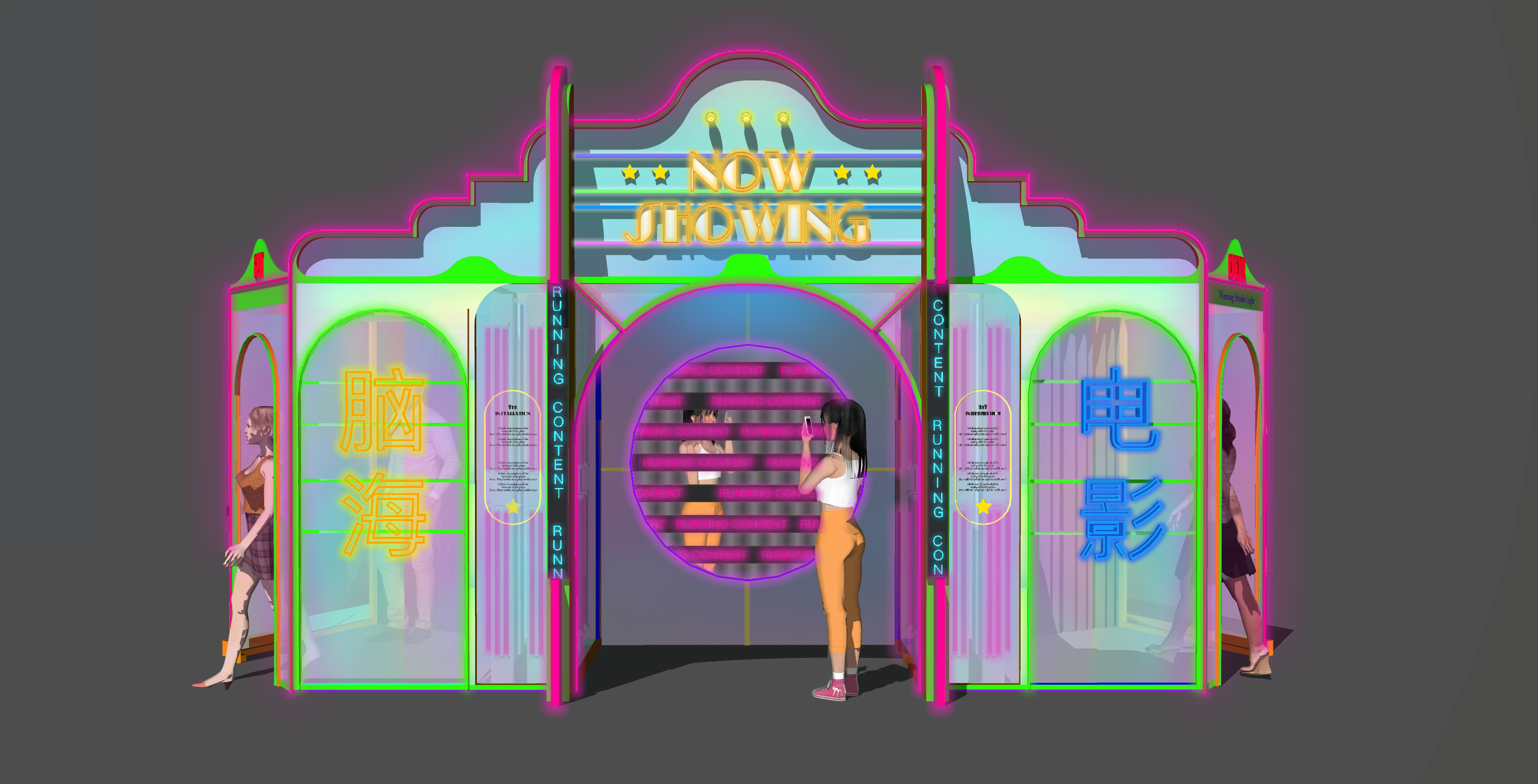 About the installation
Psychic Cinema 2065 explores an alternative cinema of the future through an immersive audio-visual installation that reimagines the former Jubilee Theatre. Why do we watch films? Does each audience member have the same experience? How does our imagination augment what is on screen? This installation by design studio Space Objekt reframes the cinematic experience by disorientating a key sense associated with it — sight. Employing light sequences and a soundscape designed by Intriguant featuring audio samples of heritage material from Singapore’s golden age of film, viewers conceive a unique film only they can ‘see’. A collective yet intimate encounter, this visceral work invites us to examine our relationship with cinema.

About the artists
Founded by Tina Fung and Ash Razaque in 2017, Space Objekt is a Singapore-based boutique design studio that is reshaping the understanding of built environments and reimagining spatial experiences. Dedicated to making art accessible to all, Space Objekt redefines spaces with its creativity and dexterity in this new visual language. From small-scale props to immersive larger-than-life installations and interior design, the studio has been involved in a wide variety of projects across Asia and Europe, such as the Summer Well Festival (Romania), and for brands like Gucci and Adidas.

Louis Quek is a sound designer and electronic music artist under the alias, Intriguant. Inspired by the human perception of environment and spaces, he blends textural soundscapes and rhythms and, backed with syncopated beats, fuses the physical with the spiritual. Rooted in music and sound design, he delves into other media such as art installations, theatre and film. He has worked with the National Gallery Singapore, Toy Factory Productions, Singapore International Festival of the Arts 2018/2019 and SG Artweek 2020/2021.

Behind the work
We were drawn to this storied cinema’s colourful history as described in John Bertram Van Cuylenburg’s Singapore: Through Sunshine and Shadow. Learning about Jubilee Theatre and its former incarnations as Tivoli and Harima Hall got us thinking about the past and a speculative future. Reimagining Jubilee Theatre as a palimpsest where the past and future coexist, we wanted to take things further by exploring the nature of cinema itself. This reminded us of an anecdote in Cuylenburg’s book about the “thrilling silent pictures of the war” which “flickered badly” and were accompanied by “a screeching violin”. This painted such a vivid image of moviegoing at that time and we wanted our alternative cinema of the future to subvert it – blind pictures instead of silent ones, lights flickering even more intensely to disorientate, and letting the soundscape take centre stage in the cinematic experience.

To design our futuristic take on the cinema’s exterior facade, we referenced an archival image of Jubilee Theatre from the National Library’s PictureSG. The Mandarin characters embellishing the installation are a nod to the many Chinese blockbusters that were screened there after Eng Wah acquired it in 1966 (see Latent Images: Film in Singapore by Jan Uhde and Yvonne Ng Uhde).

Ready to explore this year’s Curiocity showcase? Start your journey using the map below. 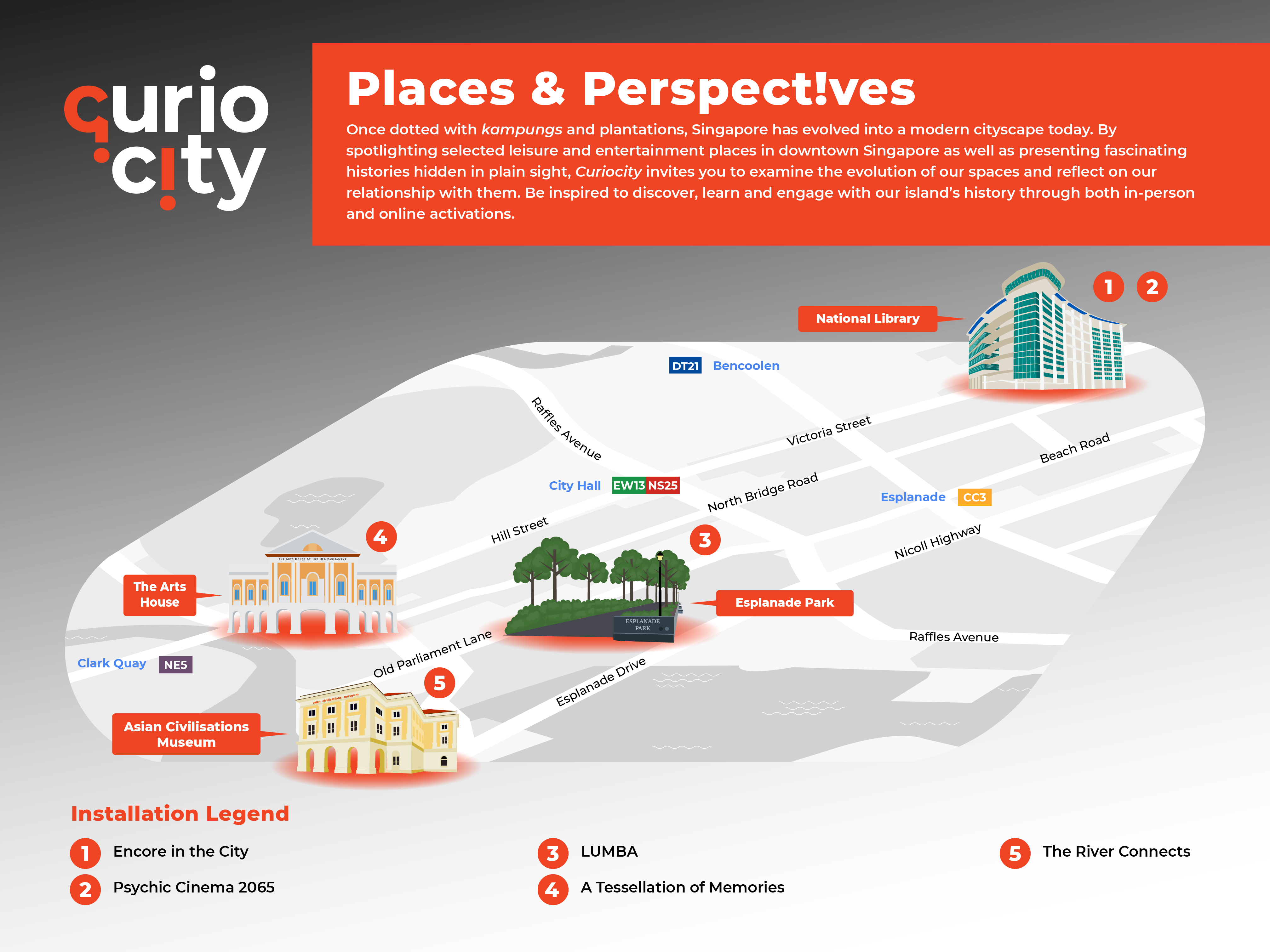